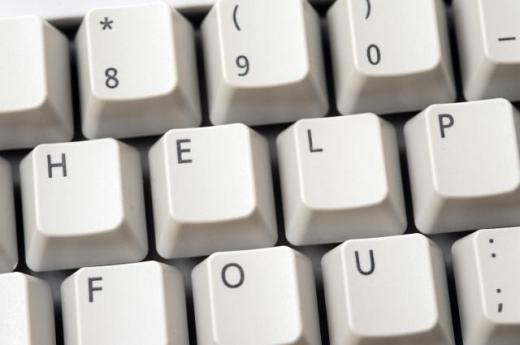 I Need Help With Grammar!

The British Council on its Learning English Central website says, “the rules for capitalization are quite easy to remember,” and gives the following advice: (note, the lettering system is mine, to enable easier reading.)

A) “English sentences always begin with a capital letter.”

B) “The personal pronoun ‘I’ is always written with a capital letter, wherever in a sentence it comes.

C) “Apart from these cases, capital letters are used at the beginning of the following words:

Names of people and places

Planets and stars can be considered as places

a German car, the Scandinavian countries, she speaks Russian and Chinese, a Muslim cleric, the Aboriginal people

Notice that articles, prepositions, conjunctions, etc. are not usually capitalized.”

Learn English is another online resource published by the British Council. Here they add, “We use capital letters when we talk about languages in school subjects –but other subjects don’t have a capital letter,

She’s got exams in English, French, history and geography this year.”

I think the British Council are giving us an over-simplified version of capitalization; several areas are not covered.

Jane Strauss, author of ‘The Blue Book of Grammar and Punctuation’ gave a fuller account on her reference list of things to capitalize. On Religion, she said, “Capitalize “religions and names of deities Note: Capitalize the Bible (but biblical). Do not capitalize heaven, hell, the devil, satanic”

She also gives us four rules to follow and an extensive reference list of when to use capital, and when not to. Her rules are below

“With the passage of time, some words originally derived from proper nouns have taken on a life, and authority, of their own and no longer require capitalization.

“Examples: herculean (from the ancient-Greek hero Hercules) quixotic (from the hero of the classic novel Don Quixote) draconian (from ancient-Athenian lawgiver Draco)

“The main function of capitals is to focus attention on particular elements within any group of people, places, or things. We can speak of a lake in the middle of the country, or we can be more specific and say Lake Michigan, which distinguishes it from every other lake on earth.

“Rule 3. A thorny aspect of capitalization: where does it stop? When does the Iraq war become the Iraq War? Why is the legendary Hope Diamond not the Hope diamond? Everyone writes New York City, so why does the Associated Press Stylebook recommend New York state? There aren’t always easy formulas or logical explanations. Research with reference books and search engines is the best strategy.

“In the case of brand names, companies are of little help, because they capitalize any word that applies to their merchandise. Domino’s Pizza or Domino’s pizza? Is it Ivory Soap or Ivory soap, a Hilton Hotel or a Hilton hotel? Most writers don’t capitalize common nouns that simply describe the products (pizza, soap, hotel), but it’s not always easy to determine where a brand name ends. There is Time magazine but also the New York Times Magazine. No one would argue with Coca-Cola or Pepsi Cola, but a case could be made for Royal Crown cola.

“If a trademark starts with a lowercase word or letter (e.g., eBay, iPhone), many authorities advise capitalizing it to begin a sentence.

“Rule 4. Capitalize titles when they are used before names, unless the title is followed by a comma. Do not capitalize the title if it is used after a name or instead of a name.

The Cambridge Guide to English Usage states “British writers and editors are more inclined to use capital letters where Americans would dispense with them”. Bearing that in mind and the fact that Jane Strauss is American and would probably be writing American English as opposed to British English, I would presume there are even more instances where we British should use capitalization. I would suggest when we are unsure about a word or phrase; we search on-line and see how it’s presented in various official documents there.

I hope this helps.

My husband calls me a butterfly because I flit from one hobby to another. Apart from being a wife for 52 years, a mother of three sons, and a grandmother, I'm also an author, genealogist, amateur artist, a lover of most needlecrafts, and occasional poet. Of the above, my most enduring interest has been writing and I hope to be doing it well into old age.
View all posts by caroleparkes →
This entry was posted in Books, Uncategorized and tagged #Promoting Artists, #Promoting Authors, #Promoting Poets, English Grammar, Reviewers, Reviews, writing. Bookmark the permalink.