The online ‘Oxford Dictionaries’ give two main instances where the apostrophe is needed:

Richard Dobbs of  another online website entitled  ‘Grammar and Style in British English’  says, ” a third use, the pluralisation of words and letters in such expressions as mind your p’s and q’s, is controverial.”

So for now we’ll concentrate on the first two uses, possession and omission.

“The main guidelines it gives for showing possession are:

“Singular nouns and most personal names: add an apostrophe plus ‘s’:

We met at Ben’s party.

”Personal names that end in ‘s’: add an apostrophe plus ‘s’ if you would normally pronounce an extra ‘s’ if you said the word out loud:

Thomas’s brother was injured in an accident.

“Note that there are some exceptions to this rule, especially in names of places or organizations, for example:

If you aren’t sure how to spell a name, look it up in an official place such as the organization’s website.

“With personal names that end in ‘s’ but are not spoken with an extra ‘s’: just add an apostrophe after the ‘s’:

Connors’ finest performance was in 1991.

“Plural nouns that end in ‘s’: add an apostrophe after the ‘s’:

The mansion was converted into a girls’ school.

The work is due to start in two weeks’ time.

My duties included cleaning out the horses’ stables.

“Plural nouns that do not end in ‘s’: add an apostrophe plus ‘s’:

The children’s father came round to see me.

He employs 14 people at his men’s clothing store.

“The only cases in which you do not need an apostrophe to show belonging is in the group of words called possessive pronouns – these are the words his, hers, ours, yours, theirs (meaning ‘belonging to him, her, us, you, or them’) – and with the possessive determiners. These are the words his, hers, its, our, your, their (meaning ‘belonging to or associated with him, her, it, us, you, or them’).” 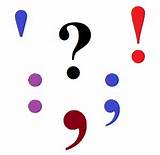 I hope you’re enjoying the ride and learning with me.

My husband calls me a butterfly because I flit from one hobby to another. Apart from being a wife for 52 years, a mother of three sons, and a grandmother, I'm also an author, genealogist, amateur artist, a lover of most needlecrafts, and occasional poet. Of the above, my most enduring interest has been writing and I hope to be doing it well into old age.
View all posts by caroleparkes →
This entry was posted in Books, Uncategorized and tagged #Promoting Artists, #Promoting Authors, #Promoting Poets, Authors, Bloggers, Books, British English, Learning English Grammar, Writers. Bookmark the permalink.