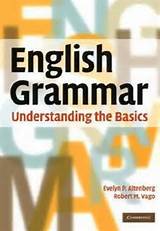 The following information is quoted from the source below. I hope you find it useful.

Grammar and Style in British English:

A Comprehensive Guide for Students, Writers and Academics

“At 5′ 7″, the short-story writer O. Henry might also be described as a short story writer, but the two descriptions are clearly different. In this capacity,

the hyphen shows that the adjectives express one idea (a light-brown overcoat) rather than two (a light brown overcoat). But hyphenation usually occurs only in the attributive (when the compound precedes the noun) –

She is a well-known actor

They are law-abiding citizens

Jane is a soft-hearted woman

The dress has an eye-catching pattern

Most people are law abiding

The pattern on the dress is eye catching

“Exceptions are compounds beginning with ill, mid and self, which are hyphenated in all circumstances –

a crisis of mid-life (predicative)

a truth that is self-evident (predicative)

“In a series of related compound adjectives (e.g. first-class, second-class, third-class), we generally drop the second component in all but the last instance. But although the rule is rarely followed, the hyphen (called a trailing hyphen) should appear in all instances –

“and open when the first component has more than one syllable –

“There is unfortunately no consistency in this use of the hyphen –

“Only a dictionary or familiarity with the words can decide. It is, however, crucial to use a hyphen after the prefix re where not to do so would create another word with a different meaning –

“These are generally confined to informal English –

“The hyphen is also used to link the following kinds of number.

“Cardinal compounds between and including twenty-one and ninety-nine –

“but not above this –

“Ordinal compounds between twenty-first and ninety-ninth –

“The dash, however, not the hyphen, is used to span calendar years and page ranges –

“However, hyphens are becoming less common and people often … do not separate compound words at all. A common word with a hyphen such as post-box will also be seen as post box and postbox.

It is important to check the spelling of compound words in a good learner’s dictionary.”

My husband calls me a butterfly because I flit from one hobby to another. Apart from being a wife for 52 years, a mother of three sons, and a grandmother, I'm also an author, genealogist, amateur artist, a lover of most needlecrafts, and occasional poet. Of the above, my most enduring interest has been writing and I hope to be doing it well into old age.
View all posts by caroleparkes →
This entry was posted in Books, Uncategorized and tagged #Promoting Artists, #Promoting Authors, #Promoting Poets, Books, British English Grammar, Free English Lesson, Hyphen, Learn English Grammar, writing. Bookmark the permalink.