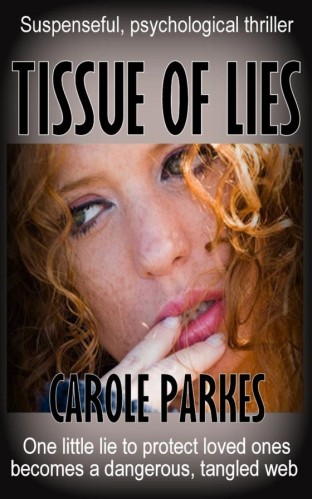 Julie Simpson had always suspected the dear couple who’d raised her were not her real parents. To her horror, she discovers her fears are well founded; even worse, this couple took part in her abduction when she’d been just a baby. Julie longs to find out the truth; but, she’s reluctant to start anything which might result in her mum and dad being prosecuted for her abduction. She still loves them and wants to protect them.

Ultimately, the need to know her origin wins. Secretly, she seeks out her real parents and forms a relationship with them; but owing to the necessity to safeguard her mum and dad, it’s a relationship formed on lies.

Julie’s husband John, in on the secret, fears there is something odd about her new-found parents, particularly her birth mother Jeanette, who strikes him as being insincere. However, the uncanny resemblance between her and his wife Julie quickly dispels his fears; they look so alike he cannot doubt they are mother and daughter. As the relationship deepens, John soon forgets his initial fears.

Perhaps he would have been wiser to heed his instincts, for all is not as it seems; there is something odd about Jeanette. Her husband Arthur notices her changing. Yet even he is totally ignorant of the conniving lengths she’s prepared to go to wreak her revenge. Surprisingly, her revenge is not meant for her daughter’s abductors, for there is another, even older score that she wishes to settle. It’s a tale of lies, deceit, greed, revenge and much more. 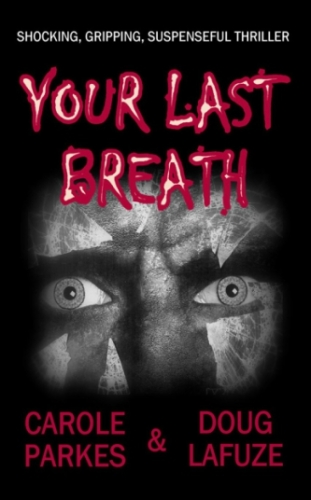 Things happen in life we can’t control. No matter how hard we try, how well we plan, or how careful we are to make our lives go the way we want, things go wrong. It’s inevitable it seems. The unforeseen problems you can’t control are aggravating. When it’s something you should have seen coming or something you did see but failed to act on, it’s beyond maddening.

It’s like that for misfit, Raymond Lang. Raised in West Virginia; he fled to London when the police were on his tail. Despite other people’s perception of him, he never set out to be a serial killer. He dreams of being an author, of writing a thriller full of suspense. He’s tried many times to write about the gruesome murders he visualizes so clearly in his mind but, somehow, when it comes to writing it down, the sharp images fade. It’s like viewing the scenes through a mist.

All that changes when he realizes what motivates him. His writing inspiration only comes at the end of a violent death, in the precise moment he breathes in the exhalation of his victim’s last breath. If he wants to continue writing, he must release his darker side and make it happen. Now, he won’t stop this blood-lust until his novel is finished, but can he complete it before he’s caught?

He’s clever, continually outwitting those chasing him. Even so, he should have known he couldn’t get away with it forever, should have seen his retribution coming, but it still takes him by surprise. Thwarted in his dream, he’s beyond furious. Now, no-one is safe…

If you’d enjoy a fast paced, suspenseful plot involving gruesome murders, blackmail, a thrilling car chase,  kidnapping, and the sleazy actions of a top politician, then this book is for you. (Adult 18+)

The Road from Wigan Pier

Elizabeth seems to have had it all, a fortunate start with loving parents, followed by a happy marriage, caring children, and a long and healthy life. Yet, everything has not been quite so straightforward. Fate has a way of disrupting the smoothest of paths, and that’s how it was for Elizabeth

As an only child, a series of illnesses and deaths marred her teenage years leaving her an orphan, bereft of close family. She married young and, still reeling from the loss of her immediate family, her husband did his utmost to ease her loneliness and shock. That is, until fate threw her world into chaos again. As WW2 loomed, her young husband went away to fight for his country, leaving Elizabeth alone with her firstborn.

Follow her on her journey through an extraordinary life, sometimes tragic, sometimes hilarious. An ordinary woman existing in the same area and time frame as George Orwell’s study of the working class ‘The Road to Wigan Pier’, published in 1937.

AUTHOR’S REMINDER – If you buy and read any of these books, please consider leaving a review. It would really be appreciated by this author. Thank you!